This is an about one-week training program for women who are actively working in the church. The program includes Bible study, workshops to learn deeply about leadership, sharing of social service activities of church women in various countries, cultural exchange, and observation of the initiatives of the churches in the host country.

The United Methodist Women (UMW) had planned and held “parallel” sessions in conjunction with the annual General Conference of the Commission for the Status of Women (CSW) at the United Nations, inviting private organizations from around the world that are engaged in activities related to CSW’s themes. Currently cancelled. The Wesley Foundation has dispatched seven people from Japan in the past. 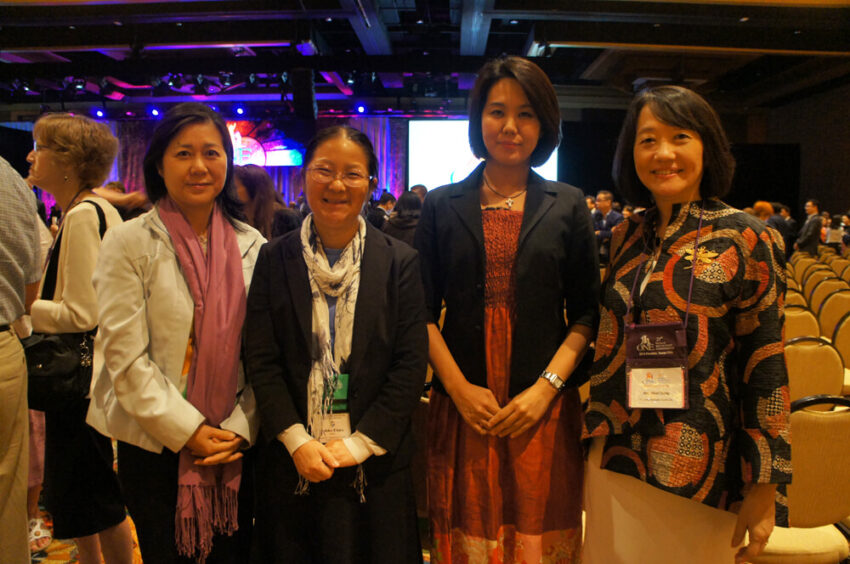 An international meeting of women from the Methodist Church and its affiliated churches around the world, held every five years. Over the course of a week, introduction of initiatives in churches and commitment to address social issues by church women in each region (there are nine regions in the world), Bible studies and other activities are conducted.

East Asia area meeting of the international assembly of women of the Methodist churches and their affiliated churches around the world. Every five years, Christian women from about 10 to 12 countries (depending on the year) in the East Asia area gather for the meeting, where introduction of the activities of church women in each country and their commitment to address social issues, Bible studies and other activities are conducted.

The UMW Assembly is an international conference for Christian women hosted by the United Methodist Women (UMW) that is held every four years, bringing together many Christian women mainly from all over the United States and from around the world for a time of interaction through worship, lectures, and workshops. Because of UMW’s special focus on Christian’s commitment to society (=Social Justice), the program is designed to allow participants to attend workshops related to areas of increased commitment at the time, and to encourage each participant to acquire knowledge and practical skills for taking action to change the world through the Assembly.