Service Work Camp in the Philippines 2018

A work camp at Quezon City in the Philippines was held from February 21 to 26, and nine Japanese campers participated in it.

In the work camp, they took responsibility for constructing a part of a health center to be built at a village in Rodrigues, the State of Rizal. Most of the local residents were migrants from Panay or ethnic minorities. Though the majority people are Catholic in the Philippines, Muslims make up the most of the population of the area. Most of the residents do not have regular jobs, so they live from hand to mouth with difficulty. They live in such an environment that they can neither have three meals a day nor ensure a safe supply of water. It is not usual for children to even go to school every day.

With the aim of improving health and medical care system, Task Force on Urban Conscientization (TFUC), which offers medical support in the area, requested the construction work of the health center through a cooperative organization called United Methodist Church Board of Women’s Work. A health center is a medical institution where physical checkup, vaccinations and simple medical treatment are available. One of the residents kindly allowed the campers to use his own ground to do the construction work. 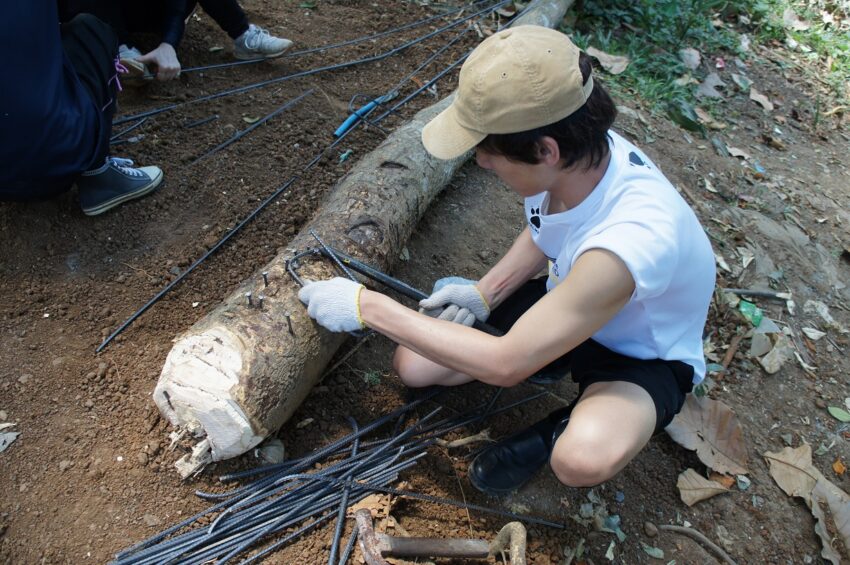 The three-day work started with fundamental construction of the health center in cooperation with carpenters and local people. Since the land had been leveled to some extent before the work camp began, they used pit excavation method (i.e. digging up soil with a shovel) on the initial day. It was strenuous for the campers to dig up the soil by means of not heavy machinery but just shovels. 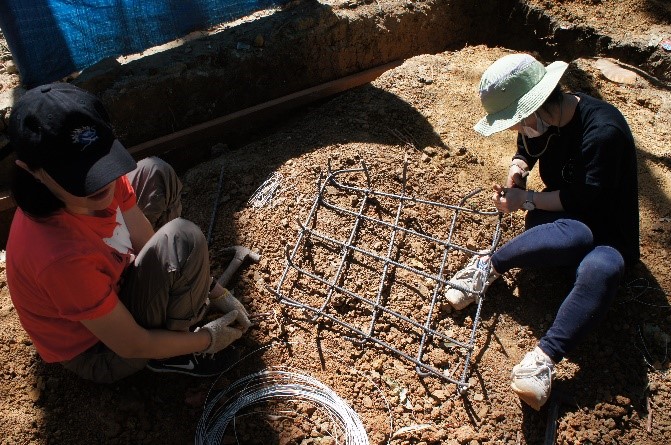 After this process, they tackled arrangement of bars, which was also the first experience for them. By watching the carpenters’ examples and following their instructions, the campers succeeded in arranging the bars and poured base concrete for the foundation. They did all the work manually. What was created during the limited time of just three days was only the foundation of the building.
However, they became of some help to set up the health and medical care system in the area. 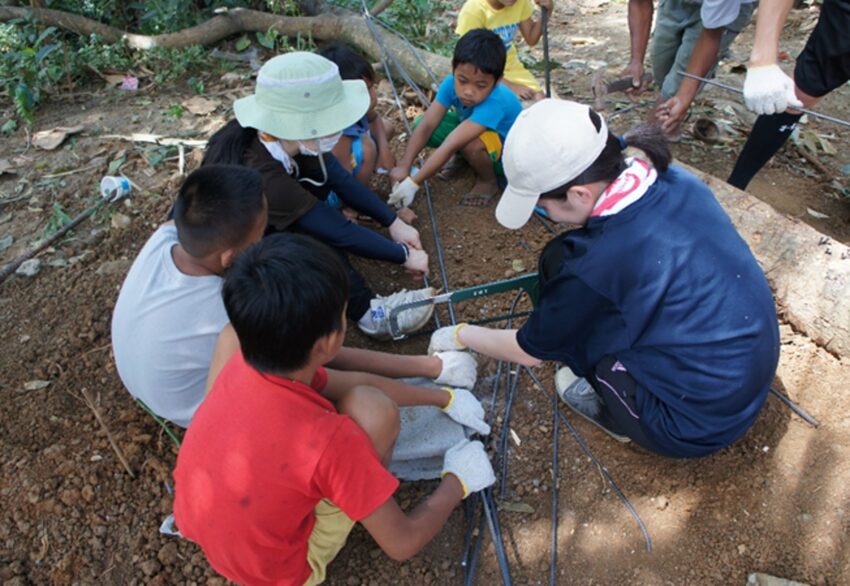 The experience throughout the work camp made the campers surprised at the difference in the lifestyle between the local people and themselves, and they took the difference in life force between them seriously. They were also given the gratitude for the local residents to accept them, who were complete strangers, as well as the questions about what poverty is and what living a life is. They enjoyed the fellowship with the local people, especially children, when they worked to build up the health center.

In the work camp, they visited Batis Center for Women, which is an organization located in Quezon City and which supports Filipino female victims of human trafficking, their children and families. They learned anew a lot about the ongoing relation between the Philippines and Japan. They also took a tour of historic buildings used in Manila in the Spanish colonial period, Fort Santiago, which has a deep relationship with Japan, and a dungeon where countless captives were killed during the Second World War.

In respect of work camps, Wesley Foundation aims at contributing to nurture of leaders who have a cosmopolitan way of thinking and servant leadership to build up peace by offering these four kinds of opportunities:
1) to serve others through working
2) to encounter different cultures, languages and religions
3) to learn diversity by new encounter and knowing differences, and
4) to have interests in the world (i.e. global society and social issues)

Living in the self-centered world, we tend to think how much benefit we can gain by focusing on the small world around us. We believe that we can nurture people who can make the society better by letting them go out into the world, encounter a different culture, and learn a lot while they are young. Wesley Foundation will continue to develop the true leadership in them through many programs.